This region is home to a population of 239 million.* As much as these countries have in common, so, too, do they differ; in fact, even within a single nation there may be as many as a hundred different cultures, dozens of languages and very distinct views of their national identity. East Africa has been deeply impacted by AIDS, resulting in lower life expectancy, higher infant mortality, higher death rates and lower population growth rates. Civil wars and terrorism also impact several of the countries deeply. Much of East Africa claims Christianity as its faith, followed by indigenous religions and Islam.

East Africa is plagued with political coups, ethnic violence and oppressive dictators. The region is in need of a new kind of leadership that stands apart from the pervasive “Big Boss” model and addresses the corruption and the misuse of money that is devastating the region. This area is also home to a very young population in desperate need of positive and effective leadership role models, as well as training.

Through multi-session workshops, and the MAOL program, DAI “holds up the mirror” of scripture to help Christian leaders identify where they fall short. They have to ask themselves, “Which things in my leadership reflect my culture and experience, but do not reflect God’s values.” As God speaks to them on these issues, they begin to apply what they are learning into their leadership, begin to change, and begin to more accurately reflect God’s values. The result is thousands of men and women who are setting a new leadership example for their nation.

DAI South Africa began in 2000, offering workshops and consulting from its base in Cape Town.  The work has multiplied to other areas of the country, with a focus on university students and Church leaders.

DAI Uganda was founded in 2001 by Pastor Nicholas Wafula. After offering non-formal training to hundreds of leaders, Uganda was one of the first countries to offer the Masters Degree in Organizational Leadership (MAOL), in partnership with Uganda Christian University in 2004. The MAOL program began in Kenya in 2009 in partnership with NEGST, (Now AIU, Africa International University). In recent years workshops, followed by mentoring and coaching, have been offered to senior Christian leaders throughout Kenya, Rwanda and South Sudan. 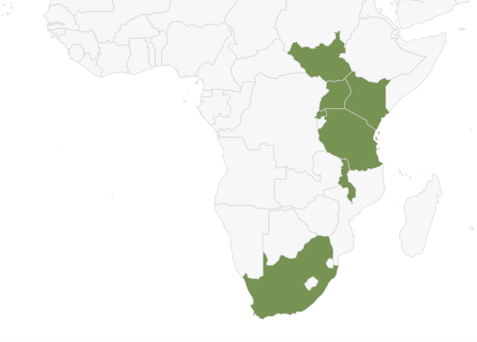