This region is home to a population of over 790 million: Europe (510 million), Central Asian and Caucasus Countries (82 million) and Russia and Slavonic countries (over 196 million).* Countries are grouped together in this region due more to proximity than their similarities. Religious preferences range from primarily Muslim to majority Christian. Some struggle with poverty and corruption while others are considered “rich” countries but suffer from spiritual apathy and materialism.

Eurasia leaders who participated in DAI programs in 2019

Christian leaders in this region face a wide range of issues. Some suffer from isolation and persecution for their faith, making them stronger in some ways, but often hungry for needed resources to help them keep learning and growing. Others suffer from what some would describe as a “post-Christian” environment which leaves them feeling isolated for completely different reasons, and in need of encouragement and help in working effectively in that challenging environment. Many struggle with the top-down leadership approach and lack of initiative and responsibility inherited from the post-soviet mentality.

Working with younger leaders is a primary strategy for DAI throughout this region. In some parts, the leaders are young in age and their faith having only recently become believers. They are hungry for outside teaching, mentoring and support. In other places like Belgium, while work with the more established church has been consistent, it is the younger leaders who demonstrate lots of vitality and have engaged actively with DAI, inviting our mentoring and teaching. DAI has also been very active in creating curriculum and publishing leadership resources in this region, both for local and global use.

DAI began training in France and Belgium as early as 1997 and then working closely with Russian leaders soon after. DAI was incorporated in Belgium and in Russia in 2001. Ministry in Russia has been provided in all of the 7 regions which embrace 11 time zones. It has also spread into the neighboring Countries, the former Soviet Union Republics, as they inherit common language and leadership traditions.

DAI UK focuses on providing support for DAI staff and faculty globally. From 2006 until 2018, DAI UK staff coordinated the research and development of new leadership training materials for use throughout DAI’s international network, and were key to staff development. Since 2019, DAI UK has provide consulting and mentoring to local organisations and leaders and have launched a training initiative to ethnic minorities in the country. 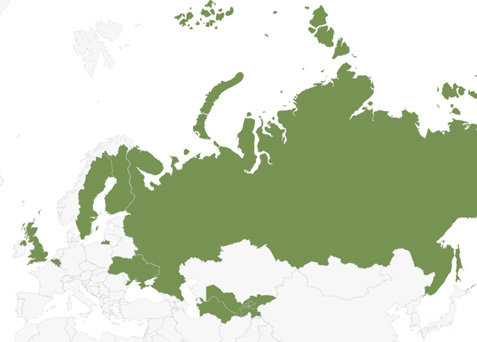