This region is home to a population of 19.2 million.* The area has a rich diversity of cultures with hundreds of different languages but English as the primary official language. West Africa is plagued by political instability, poor governance, environmental degradation, disease and extreme poverty. These countries sit on the violence ridden “fault line” between Islam moving south into sub-Saharan Africa to take over Christianity. A large variety of ethnic religions are practiced with the majority claiming Islam and Christianity. However, many have combined these, and other world religions, with local religious practices such as animism.

West Africa leaders that participated in DAI programs in 2019.

Because of the rapid growth of the church among the under-educated and the poor, heresies like “the prosperity gospel” have flourished and resulted in Christian leaders having little or no voice in opposing corruption. As one local leader said with irony, “America may have created the ‘prosperity gospel’, but we perfected it!” In addition, evangelistic efforts to reach the unreached in the region often face the violent response of Islamic extremists, making the combination of fear and ignorance a huge challenge for leaders trying to bring needed change in their communities. Recently Ebola has added to the misery bringing an enormous need for pastoral care and education to stop the pandemic.

DAI works to train indigenous leaders in counter-cultural servant leadership through non-formal multi-session workshops. The younger leaders are hungry for an alternative to the power-centric leadership they’ve suffered over many decades. DAI’s MAOL program also addresses servant leadership while walking alongside senior leaders in Nigeria to help them implement needed changes in their lives and organizations. This is done in partnership with ECWA Theological Seminary in Iqbaga, located in the Kwara state “north central” of Nigeria. Because DAI’s curriculum addresses specific needs identified by local leaders it is incredibly relevant and practical and, as a result, local leaders are changing the way their communities work and live.

DAI Nigeria was DAI’s first ministry center established in 1998. Curriculum was developed to train indigenous grassroots leaders in Africa. Since 1998, Nigeria has been a hub for DAI ministry in Western Africa, led by Reuben Ezemadu. The focus of ministry has been on serving some of the enormous mission movements in the country like CMF and CAPRO as well as church, business, political and younger leaders. The MAOL program was added into the strategy in 2006, officially beginning in 2008, and has served as one more tool to empower Kingdom leaders.

Workshops have been offered in Ghana, beginning as early as 1996, and more recently in Sierra Leone and Liberia. Several leaders from each of these countries have traveled to Nigeria to participate in DAI’s MAOL program with the hope that eventually they can bring this programme to their countries, where there is a growing number of interested leaders. 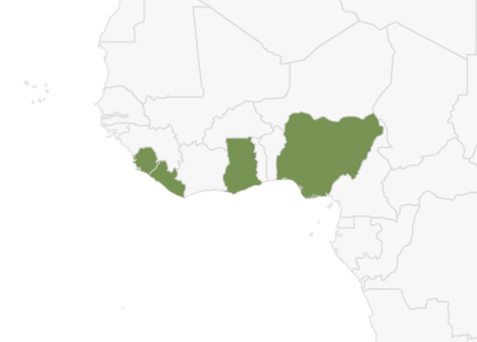